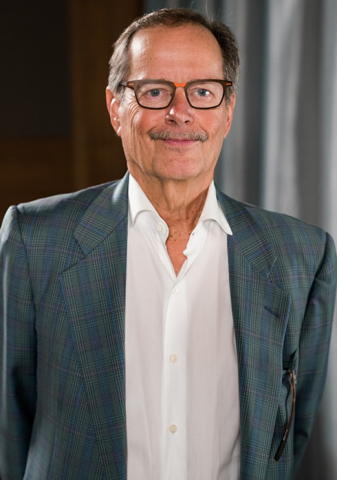 Philip Strain longed for a career rooted in community service and outreach, and he’s exceeded his expectations over the past four decades.

The Morgridge College of Education professor started his influential work on early childhood special education while pursuing his master’s and doctorate degrees from Vanderbilt University.

“I fell in love with conducting research and getting that knowledge into the hands of practitioners,” Strain says. “In its infancy, the field was dominated by 19th-century thinking that was not only limiting, but also harmful and discriminatory towards children with developmental disabilities.”

At Morgridge, Strain is the James C. Kennedy Endowed Chair in Urban Education and director of the Positive Early Learning Experiences Center (PELE).

"Our PELE staff is developing cross-agency teams in 35 states that focus on early children's social emotional development, expanding inclusionary settings for children with autism and providing technical assistance to states who want to scale up their use of LEAP," Strain says.

Strain started LEAP, Learning Experiences: an Alternative Program for Preschoolers and Parents, in 1981. It uses an integrated curriculum approach for children with developmental disabilities.

"LEAP has always been revolutionary. At its inception, LEAP Preschool was one of the few early childhood programs throughout the country that was committed to inclusive practices for young children with disabilities and their families,” he says.

Under Strain’s leadership, PELE has launched more than 160 LEAP sites across North America. Strain says their work in Multnomah County, Oregon, served as a model, inspiring other states to launch LEAP sites.

While PELE provides technical assistance to schools, Strain doesn’t want to take over the classroom.

"I tell people we have the worst business model ever. We don't want to assist states and local entities forever; we want to empower these communities so that they can increase their own capacity for working with children."

Ellie Bold, a doctoral student who works with Strain, says she’s inspired by his continual advocacy.

“Regardless of behavior identity and ability, Strain works so that students are given the opportunity to a high-quality preschool classroom, and that no behavior should exclude them from their peers and classroom success. Strain is a never-ending advocate for all in a world that is highly exclusionary,” says Bold.

Strain and PELE’s work not only helps children in the U.S. They train practitioners in Italy and China. In Poland, they hope to establish preschools for Ukrainian refugees with autism.

“Our view at PELE is that you can’t really know what people are capable of until they experience high- quality environments,” Strain says. “Only until the perfectly designed services and supports are delivered by the perfectly trained personnel is it appropriate to speculate about the confidence of people with developmental disabilities.”